From wool classer to firefighter – a perfect career change 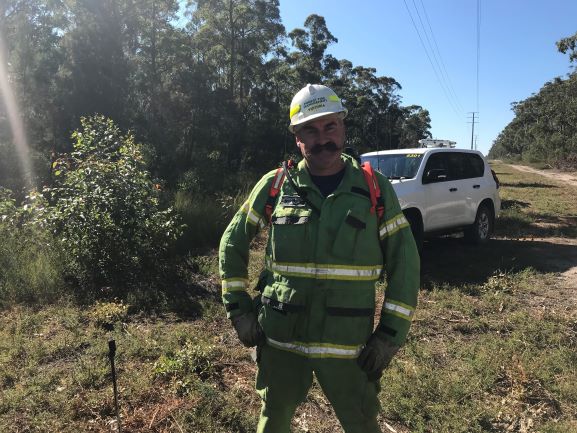 Many PFFs return year after year, bringing with them valuable skills and experience.

Rob Boys from the border town of Bombala is one such PFF. At 51 Rob has been a PFF with FFMVic for the past 10 years!

Currently based at FFMVic’s Bendoc depot in far East Gippsland, Rob began working for FFMVic after hearing about the opportunity locally.

He was attracted to the role because it sounded exciting, interesting, and challenging.

“After working as a wool classer for 20 years I was looking to start a new career,” Rob said.

His favourite part of the job is working with a great team, and seeing their skills develop over time.

“Meeting the new PFFs and watching them grow and realise their potential as firefighters is really rewarding,” Rob said.

Rob says the most challenging part of the job was when he was call on to work on big campaign fires.

“The long days can take a toll both physically and mentally on you, but you have a great team around you for support,” he said.

An average day of work for Rob involves an early start and a drive through spectacular country.

“Sometimes big cathedrals of rainforest, sometimes the rugged mountains on the Snowy River,” he said.

“I take a lot of pride in our work, especially seeing the results. We’ve resurrected natural rivers in the Deddick and Bonang areas by eradicating invasive weeds such as blackberries.”

When asked what advice he has for someone considering a career with FFMVic, his advice is to just do it!

“You’ll never know what you can discover in yourself. There are so many people here doing great work, they wouldn’t have done it if they hadn’t taken that first step,” Rob said.

To find out more on how to become a Project Fire Fighter, visit Firefighting and employment.