Cultural burning in the Wimmera

By sharing cultural knowledge and healing Country, the burns aimed to support Traditional Owners to manage their Country, re-establishing native grasses and other native food species, and increasing their densities at the two sites.

Cultural burning introduces fire into the landscape in a slow, cool, careful way. Native species that require fire to flourish respond well to this way of burning, while it helps to manage invasive weed species that are ill-adapted to fire.

The Brynterion State Forest site has been part of this cultural burning program for two years. The positive effects on local native flora are already evident, with a noticeable increase in native mint populations and several types of native grass (such as Wallaby grass and Spear grass) as well as consistent reductions in invasive, overly abundant wild oats.

Cultural burning is an integral part of the Wimmera fire district’s fire management program, and FFMVic will continue to proudly support BGLC in growing the program next year and beyond.

‘This native mint would have once been used as a food and medicinal source, so seeing it increase in abundance through these traditional burning activities is a welcome sight.’ 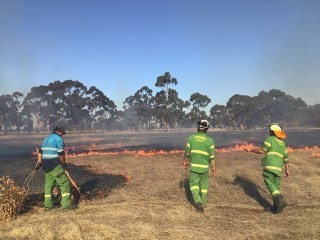 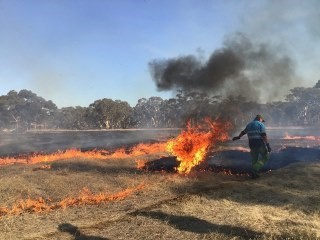