Although high priority, undertaking planned burning in Macedon is very difficult. Forest surrounding Macedon contains a dense understory and trees with stringybark, which contribute to an extreme fuel hazard that can sustain intense bushfires with ember storms that travel several kilometres. The 1983 Ash Wednesday fire showed just how damaging fires can be in this landscape, taking seven lives, destroying 628 buildings, and with reports of flames more than 100m high.

In 2021 FFMVic successfully delivered planned burns at Macedon-Campey Road and the first stage of Macedon-Bawden Road.

Enhanced “Phoenix” fire behaviour modelling was initially conducted to confirm the value of the burns and to identify potential planned burn effects on surrounding homes and vineyards. The modelling showed that in some scenarios these burns would reduce the size of a running fire by between 10,000 and 20,000 hectares, and may reduce potential impacts on houses by as much as 50 per cent. Because of the bushfire risk to nearby assets, including houses, critical infrastructure (rail, freeway, and communications towers) and vineyards, these burns are among the highest priority in Loddon Mallee Region.

Although high priority, undertaking planned burning in Macedon is very difficult. Specific prescriptions are set to ensure burn delivery is both safe and effective, but fuels in Macedon are rarely dry enough to burn and on the rare occasions they are, weather conditions are seldom benign enough to allow burns to be completed safely.

Adding to the challenges in delivering these planned burns was the presence of multiple vineyards holding fruit within 3 kilometres of the burn boundary (one within 200m). FFMVic worked collaboratively with wineries to minimise any negative economic impacts from planned burn generated smoke, through identifying specific wind direction and atmospheric conditions required to allow smoke to disperse away from the vineyards.

These burns were scheduled and postponed many times in previous years, and twice again in 2020-21, due to being out of prescription. However, as it appeared opportunities were closing, a short window presented itself. It was unlikely that both burns could be delivered in their entirety in this window, and the plan was modified to ensure the first stage was implemented. This saw the full delivery of the Macedon-Campey Road burn and half of the Macedon-Bawden Road burn. This was the culmination of five years of planning and will allow for the safe completion of the second half of Macedon-Bawden Road in the coming years.

On the days leading up to the burn, a fire behaviour specialist worked alongside fire weather specialists at the Bureau of Meteorology, undertaking enhanced fire behaviour and smoke modelling. This enabled FFMVic staff to confidently communicate to the community and other key stakeholders such as local wineries, VicRoads, and V/Line regarding smoke flow. Ventilation modelling was also used in FFMVic’s Foresight Fire Weather prediction tool.

The delivery of these planned burns highlights how successful the 2020-21 season was and recognises the complexity of delivering hazard reduction burns in this priority area. 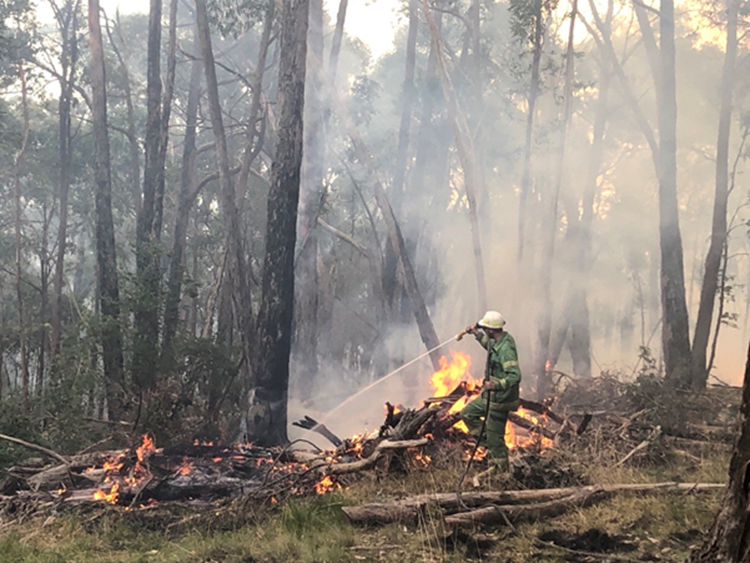 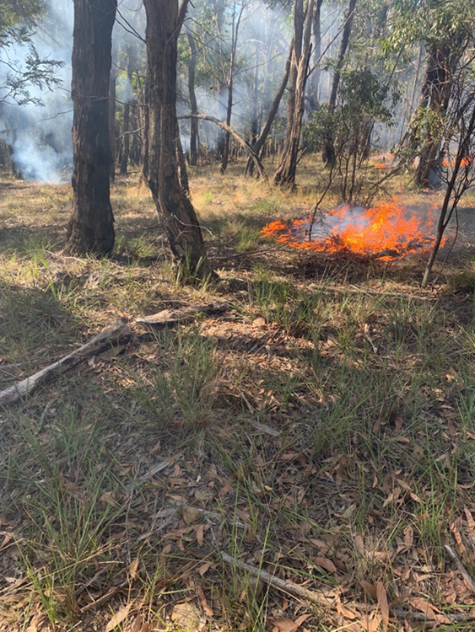