Planned burn reduces impact of bushfire in the Dandenongs

A 2016 priority planned burn directly helped minimise the impact of a bushfire ignited during the devastating 2019/2020 bushfires. 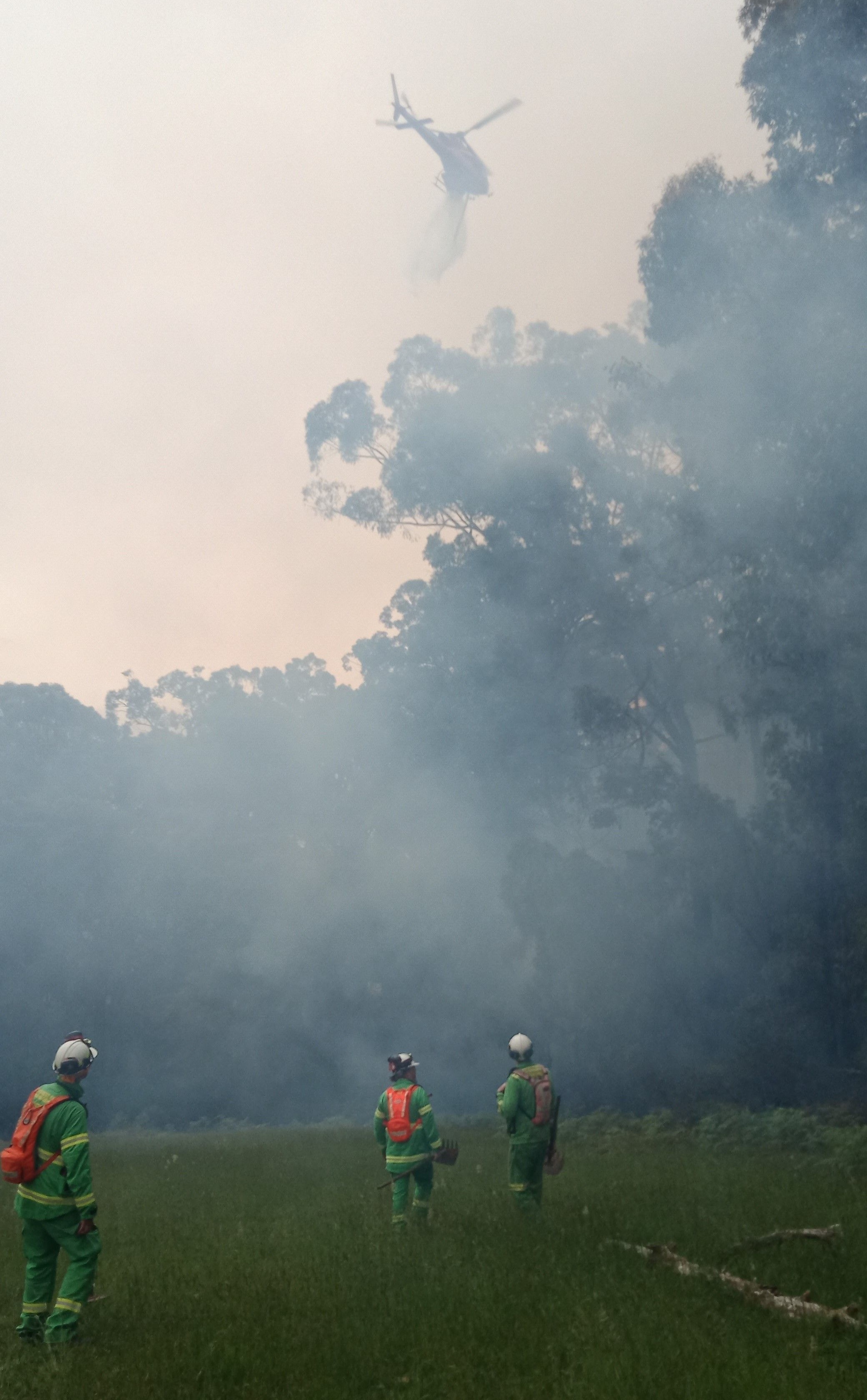 The planned burn in the Silvan Reservoir catchment was carried by Melbourne Water, with help from Forest Fire Management Vic (FFMVic) and the Country Fire Authority (CFA) following risk analysis which had identified the area in the top ten percent for risk reduction in the Port Phillip region. It was considered critical for the protection of Monbulk and the Reservoir, as the sloping site could produce significant ember-attack risks if a bushfire was to develop in the area.

The 100-hectare planned burn was quite challenging at the time as the area had not been burnt since the 1960s and the terrain was very steep with slope greater than 20 degrees in some parts. The area is also close to communities.

Thursday 21 November 2019 saw a total fire ban in place across the state and weather conditions were not good when dry lightning started a bushfire in the Silvan Reservoir catchment.

Despite the exceptionally windy conditions which confronted fire fighters, the reduced fuel load resulted in lower fire intensity and more manageable fire behaviours as they fought to bring the bushfire under control.

As a result, crews were able to swiftly bring the fire under control, limiting the fire to two hectares.

FFMVic’s Dan White, District Manager Metro in Port Phillip region, said the swift containment of the fire could be directly related to the planned burn.

“The reduced fuel loads left by the 2016 planned burn limited flame heights and allowed the crews to swiftly bring the fire under control, limiting the fire to just two hectares,” he said.

“Also, the existence of previously burnt bark stopped fire from climbing the trees which help reduced the chance of spot fires developing.

“This was a significant achievement considering the conditions at the time and potential impact the fire could have had on the community of Monbulk, and Melbourne’s water supply.

“If the 2016 planned burn had not been carried out, the 2019 fire could have easily spotted and run into nearby residential areas. This had the potential to cause significant damage to homes and possibly loss of life.”

FFMVic performs risk analysis annually to identify planned burning priorities to ensure the greatest benefit for the community, and to reduce the size, intensity and impact of future bushfires.

Mr White said without these planned burns and other fuel management work, bushfires can develop quickly and be harder for our firefighters to control.

To find out when and where planned burns are happening near you go to www.vic.gov.au/plannedburns or call 1800 226 226.