10 facts about koalas in Victoria

Victoria has a long history of managing koala populations

Victoria has lots of koalas. An estimated 460,000 koalas living in native forest and eucalypt plantations across the state.

Unlike in Queensland, New South Wales and the Australian Capital Territory, the tree-dwelling marsupial population in Victoria is not considered endangered.

Compared to their northern counterparts, koalas in Victoria have longer, darker and thicker fur to help them stay warm.

Some parts of Victoria have such a large population of koalas that they overeat their habitat (known as ‘over-browsing’).

This results in tree defoliation and in some cases tree death.

At Cape Otway, the unsustainable density of koalas has led to the declining health and death of many Manna Gum trees.

In severe cases, this can lead to koala starvation and changes to the habitat that affect other species.

Read about koalas at Cape Otway.

5. There was a sharp decline in koalas in the late 19th and early 20th centuries

Victoria’s koala populations were almost wiped out in the late 1800s and early 1900s due to being hunted for their fur, habitat destruction, bushfire and disease.

6. Many of Victoria’s mainland koalas can be traced back to French Island

Koalas were introduced to Victoria’s offshore islands, including French and Phillip Islands, in the late 1800s.

The French Island population grew quickly, and many of these koalas were moved to boost populations on other islands.

Around 40,000 of these koalas were moved to more than 250 sites across Victoria as part of a conservation plan. This formed the basis of the koala populations we see today.

Read about translocation of koalas.

7. Many koalas in Victoria have poor genetic diversity

A century ago, the sharp decline in koala populations on the Victorian mainland resulted in poor genetic diversity.

This can make the koalas less able to cope with changes in their environmental conditions, like climate change or disease.

8. Victoria has a long history of managing koala populations

As part of these programs, koalas have health checks by veterinarians. Animals that are found to be in very poor health are humanely put to sleep to end their suffering.

Females are often fertility-controlled to reduce breeding rates and some koalas are moved from high-density populations to prevent over-browsing.

As fire spreads more slowly and flames stay lower during a planned burn, koalas can move higher into the tree canopies to avoid heat and smoke.

After the burn, plants and trees grow back, giving koalas a new supply of food.

The koala is one of Australia’s most recognisable wildlife species and is a major tourist drawcard.

The species contributes to the national economy through domestic and international tourism.

Read about koalas in Victoria. 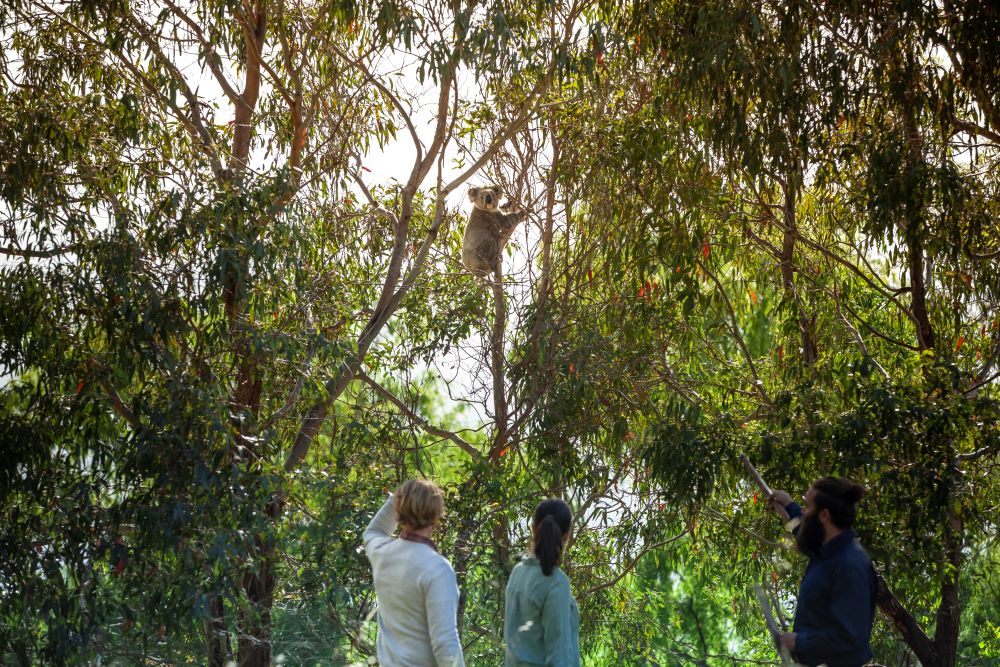