Planned burning is a key part of our year-round program to reduce bushfire risk to communities and the environment.

This to protect communities, critical infrastructure, local economies and the environment.

Planned burns are also carried out for ecological purposes, to maintain the health of certain plants and ecosystems and to regenerate species or vegetation types.

We also do planned burning to protect specific wildlife habitat.

Consideration of plants and animals when planning burns

When planning and carrying out burns to reduce fuel, we aim to mimic the natural cycles of fire and fire behaviour that suit the plants and animals in a particular area.

These natural cycles include lightning strikes or cultural burning practised by First Peoples over the past 30,000 to 60,000 years.

In a similar way to these natural events, planned burns in these areas are usually patchy, with parts of the area remaining unburnt.

We work with our partner organisations to research and understand the needs of plants and animals in different types of bushland and the effect of fire on their habitat.

Planned burning is not carried out in these zones to protect threatened flora and fauna.

Over thousands of years, many native trees and plant species have evolved to survive fire.

Some plants, including threatened species, have very specific fire needs.

We take special consideration of these plants when developing burn plans.

We burn more or less frequently to find an appropriate balance.

Threatened plant species like orchids are protected before the burn by wetting down and monitoring during the burn.

Occasionally an unhealthy tree may die after a fire or planned burn.

A small number of dead trees in a forest is normal, and these trees become important habitat for birds, mammals, reptiles and insects. In the same way that native plants have adapted to survive fire, most native animals have developed ways to live through bushfire or repopulate afterwards.

For every planned burn that we conduct, protecting wildlife is always an important part of the process.

Fire behaves differently during a planned burn and usually spreads slowly and at a lower flame height than a bushfire.

This allows animals to move away or seek refuge elsewhere.

Weather patterns, soil and fuel moisture also play a part in how fire behaves during a planned burn.

Depending on the animal species, some will move out of the burn area, take refuge within the burn area or, in the case of koalas, move higher into the tree canopy temporarily to avoid heat and smoke.

Animals can gradually return to the burnt areas as the plants recover.

Experienced staff check before, during and after a burn to manage koala welfare.

Planned burning crews can take actions to protect koalas. These include adjusting lighting patterns, protecting trees with koala colonies present, or changing the date and time of the burn.

Wildlife officers are available for deployment to burns where they assess and if necessary, rescue koalas for medical treatment or euthanasia.

A new Victorian Koala Management Strategy is in development.

The strategy includes actions to manage the effects of fire on koalas.

The final strategy will be released soon. Read the draft strategy. 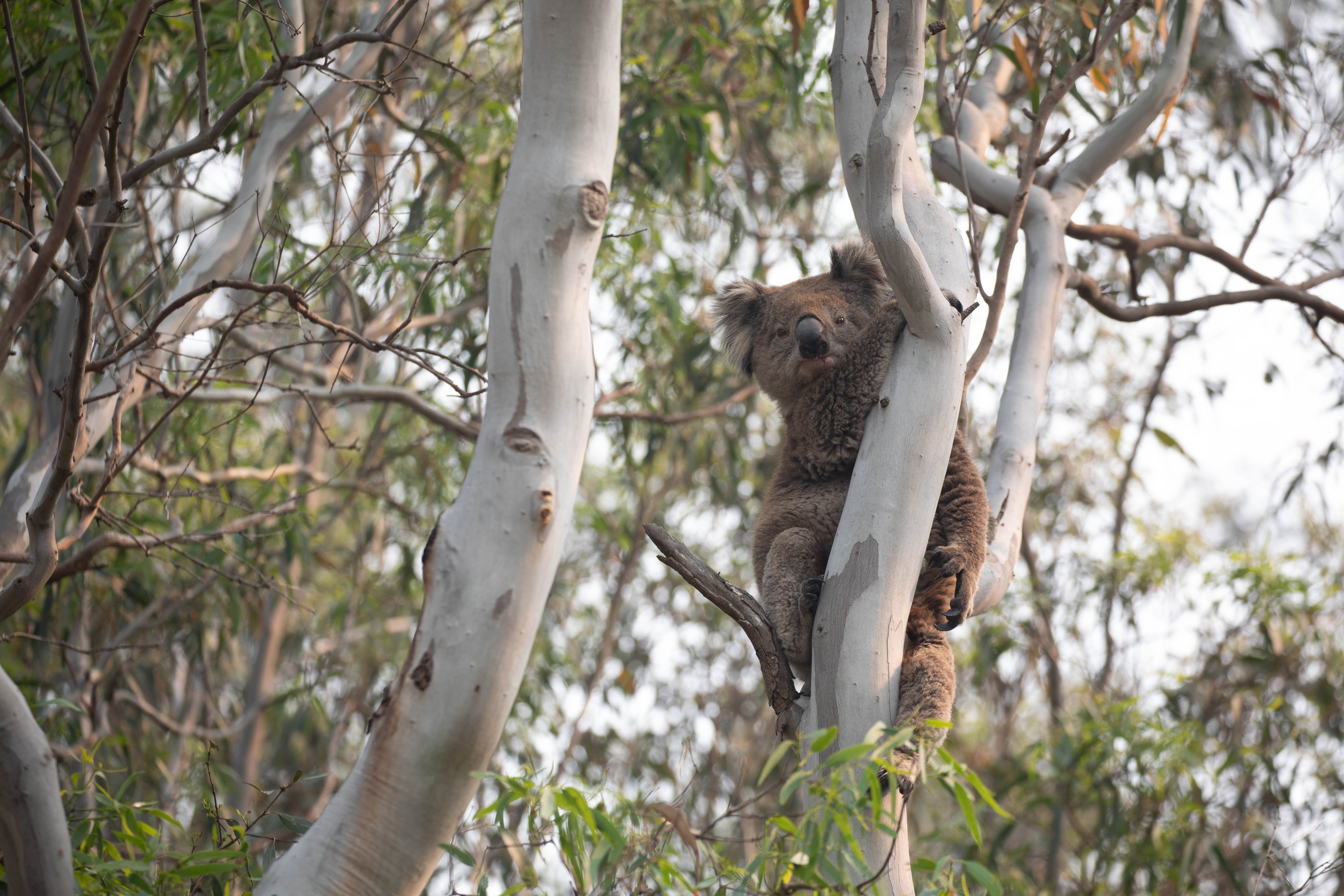